Fiducial Registration Template editor is part of the Image Viewer and Editor Tool, i.e. any treatment object including an image can be used to edit registration templates. 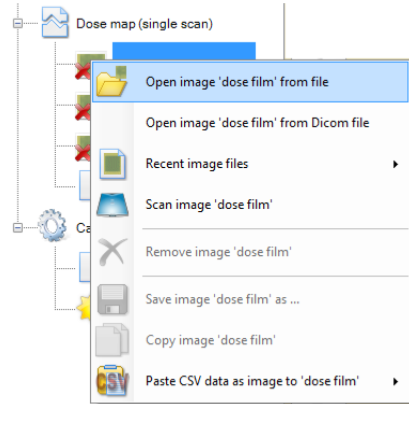 The GafChromic Quick Phantom uses 2 positioning pins as shown in the image below. 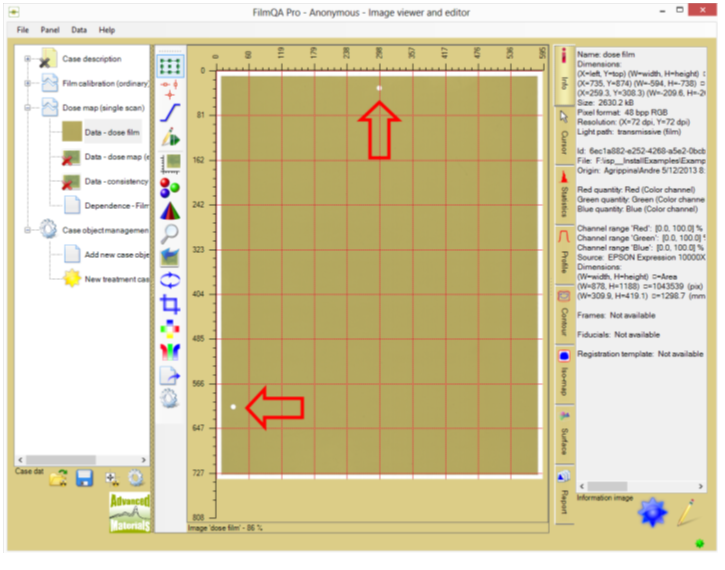 To start the Registration Template Editor invoke “Configure registration template algorithm” of the fiducial management tool as shown below. 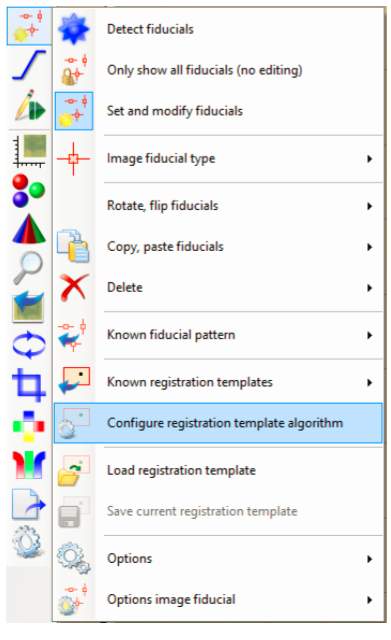 To start with the default state reset all settings using the

button at the right by creating a new template. The editor should look as shown below. 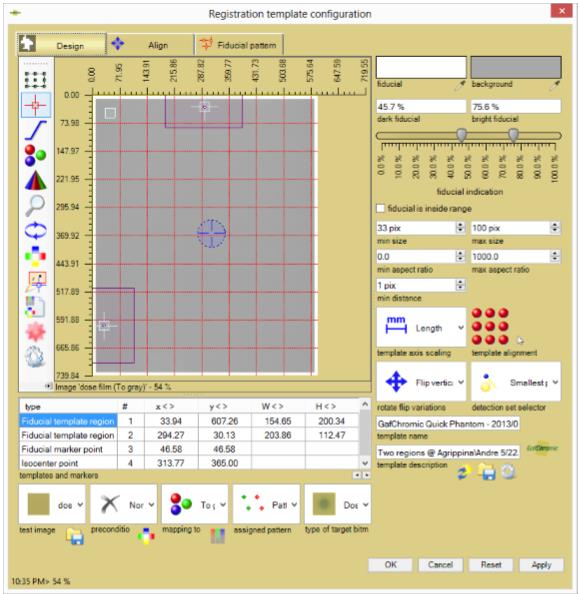 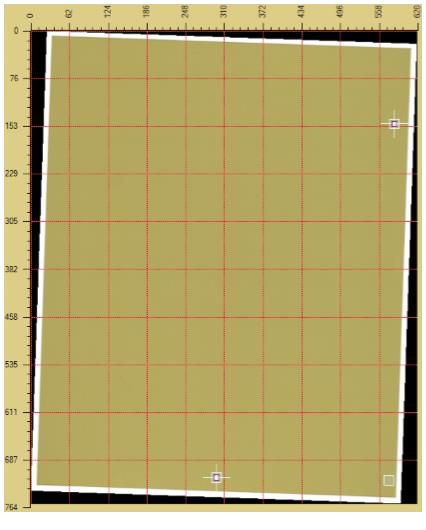 “Isocenter vertical and horizontal fiducials”: Adds to the image isocenter and 4 fiducials marking the orientation of the isocenter. Detected positions are added as marker fiducials.

Example with EBT3P film is shown below including 2 detections and 1 marker. Selected as “Registration type” in the image comparer tool “Fit registrant fiducial to isocross of reference” or use “Adjust isocenter offset”. 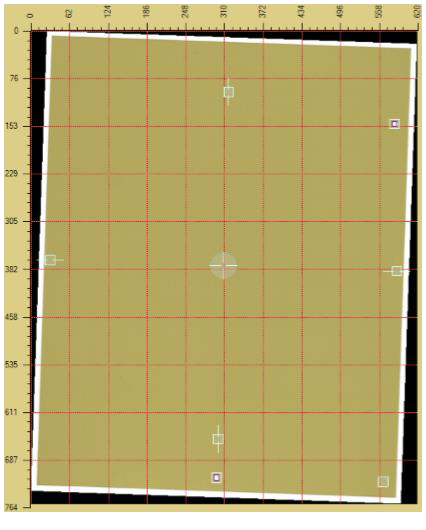 “Isocenter corner fiducials”: Variation of above option that adds 4 general fiducials marking a square around the isocenter that can be fitted to the isocross of the plan (reference). Example with EBT3P film is shown. 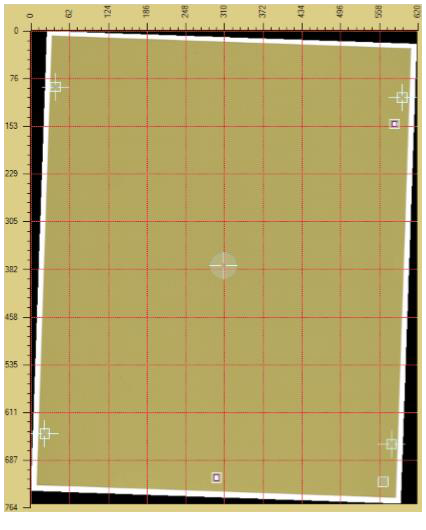