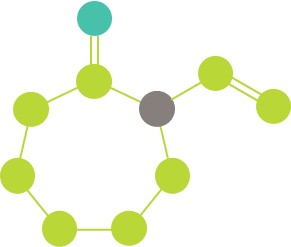 Rapicure® is a family of vinyl ethers, used primarily for tackifying UV radiation-curable adhesives. BDO, a diol, is used as a co-monomer with dicarboxylic acids to make polyesters, such as polybutylene terephthalate (PBT), and with diisocyanates to produce polyurethanes.